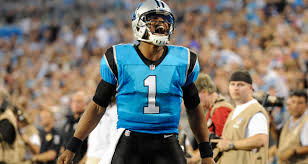 As we enter into second half of the fantasy football season, it’s not time to relive Mahomes’s record-breaking start, Trubisky’s miraculous six-touchdown game, or Baker Mayfield’s dramatic overtime win in his debut. No, friends, it’s time to look ahead.

We only care about the first seven weeks if it’s instructive about the next seven weeks. We’re looking for the players who will be the elite at their positions the rest of way. If I were redrafting today for the rest of the season, these would be my tier of elite quarterbacks, which I listed alphabetically. (Note that I only factoring my expectation of their per-game average and not total points, since some QBs still have their bye week remaining.)

Andrew Luck: Quite simply, he’s back. The fact that Andrew Luck has thrown over fifty passes in three (!) games this season proves that he is ready to handle a full workload. He has thrown for eleven touchdowns in his past four games and twenty in his seven games this season. Four games have seen Luck pass for more than 300 yards with one game of 464. Admittedly, he is not rushing for his usual 20 yards per game, but his passing more than compensates. He should continue to feel more comfortable in the second half of the season, and a full return to health by T.Y. Hilton, Marlon Mack, and Jack Doyle will only solidify his upside.

Patrick Mahomes: He remains my #1-ranked quarterback for the second half of the season.

Cam Newton: Cam Newton is already a top-five quarterback on a per-game basis in 2018, but he doesn’t seem to garnering the attention that other quarterbacks have received. If you are looking for an elite quarterback, then that’s good news for you: he might come far more cheaply than he should. Newton as thrown for multiple touchdowns in each of his last five games, and he has 257 yards rushing in his six games. That rushing ability keeps his ceiling high and his floor low. And his end-of-the-season schedule (@TB, @Cle, NO, Atl) is mouth-watering. He’ll be a beast the rest of the way. (There is also a chance that you can wait one week to buy Newton: he plays against the Ravens in Week 8.)

Aaron Rodgers: Just about everything that could go wrong for Aaron Rodgers, short of a season-ending injury, has: his mobility has been crippled by his Week 1 knee injury, Randall Cobb and Geronimo Allison have missed multiple games, Jimmy Graham has not yet delivered on his off-season hype, and the running game that typically balances the Green Bay offense has been non-existent. Nonetheless, Rodgers is still averaging the tenth-most points per game of all quarterbacks. As some — if not all! — of these factors dissipate, Rodgers will easily return to his customary elite-level of quarterback numbers. He is back as an every-week locked-in starter the rest of the way.

Jameis Winston: I have been championing Jameis Winston all season, starting in the pre-season and most recently three weeks ago — before his return to the football field. The two games that he has started since the bye would put him at the top of list of quarterbacks in points-per-game (yes, ahead of even Patrick Mahomes!). My previous articles and Winston’s early success speak for themselves.

Get one of these quarterbacks for the second half of 2018, and you’ll be set at the position for the rest of the season!