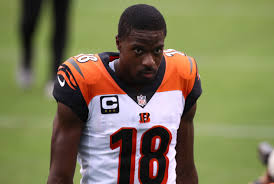 Last year, I was a big believer in Jacoby Brissett. The first few weeks of the season vindicated my trust in him, and, in my start 2QB and 2TE Dynasty league, I traded a 2nd-round pick and O.J. Howard for him.

That worked out well for a couple of weeks before his disastrous second half of the season. Not surprisingly, the Colts replaced him as their starting quarterback in the off-season (though has Philip Rivers really been an upgrade?), and I had a decision to make: drop Brissett from my roster and pick up an additional last-round rookie pick (effectively in Round 6), or keep him and hope for the best?

As soon as I dropped him this summer, I got a text from a leaguemate: How could you just drop him? You spent a 2nd-round pick and O.J. Howard just a few months ago to get him?!? Clearly, he hadn’t heard of the sunk cost fallacy.

That economic principle teaches that we tend to invest additional time and/or money into something in which we have already invested time and/or money — even if we know that our additional efforts will be inefficient or useless. Experiments by Christopher Olivola, an assistant professor of marketing at Carnegie Mellon’s Tepper School of Business, highlight this principle.

One experiment posited that a person booked two trips concurrently, a $200 vacation to Montreal and an $800 trip to Cancun. They could only select one. Even though, in this example, they preferred the Montreal vacation, the majority selected the less desirable but more expensive Mexico trip because they had invested more money in it.

This is the trap that my leaguemate fell into. He believed that my prior investment in Brissett demanded that I hold on to him entering 2020. We’ve all felt this way before: Maybe we drafted a player in the fourth round who has disappointed or bought him for 20% of our auction budget. Maybe we traded a haul for him last year. None of that matters. How much you spent to acquire a player means nothing for his current value!

Take A.J. Green or T.Y. Hilton. You had to invest a mid-round pick in a draft this year to get them. So you desperately want to hold on to them or recoup your cost in a trade. But let’s be honest: they’re done. Wouldn’t you rather use that roster spot on Claypool, Fulgham, or the elite backup RB still on the waiver wire? It’s only the sunk cost of your initial investment that’s holding you back!

This fallacy works in reverse, too. I often see owners willing to undersell productive players because of a cheap acquisition cost. Maybe you picked up James Robinson on waivers after Week 1 and quickly sold him for a 3rd-round pick in 2021. He was free for me, so I got a great return on investment! No, you didn’t. That you acquired him for next-to-nothing is irrelevant in determining his current value!

Clearly, the sunk cost fallacy causes us to lose sight of the value of our players, usually because of how much — though sometimes because of how little — we invested in them. Reversing that mindset is key for our fantasy success.

But there is another way we can use this knowledge to our advantage. A second study by Olivola demonstrates that we tend to overvalue things in which other people invested heavily.

That experiment proposed that people were at a party and were served cake. All were told that they were full but there were leftovers that needed to be finished. Some of the partygoers heard that the host purchased the cake from a local bakery, and most did not eat any more. Others, however, were told that the cake was imported from an expensive pastry shop an hour away. The majority of them ate more of the cake even though they were full because the host of the party had invested more money in it.

You can use this in trades. If you are trying to unload a player on whom you have soured, emphasize how much you spent by draft, auction, or trade capital to get him. Others might value him more because of it. Similarly, leaguemates might be more likely to trade a player that cost them little or nothing to acquire than one in whom they invested heavily even if the cheaper-to-acquire player is simply better.

In the end, don’t be afraid to let go of those players whose value is shot just because you invested heavily in them. By stashing them, you’re depriving yourself of the opportunity to improve your team. Similarly, turn the page on your leaguemates to underpay for productive players that your opponents did not have to spend heavily to acquire.

In the end, your team will be much better. Just think carefully before investing in Brissett a second time this year, even if you’re convinced that Rivers himself is a sunk-cost investment for your team or for the Colts themselves!