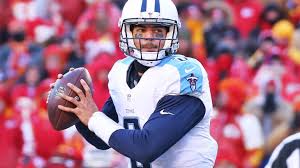 As the first four weeks of the NFL season have passed, a unique opportunity is available. At this point, some players are simply not producing — or are producing far lower than expected — but still have upside that can easily exceed their current production. This means that it could be the last time to buy these players before their production — and price tag! — both jump.

I’m not going to repeat all the reasons that I believe Winston to be arguably the strongest “buy” in all of fantasy football. Suffice it to say that (a) he is still on some leagues’ waiver wires (!!), and (b) he has top-5 QB upside. Look at the numbers that Fitzpatrick produced despite all the turnovers! Winston, throughout his career, has been willing to put the ball up in the air (and even run for yards and touchdowns). Given the talent around him, he could easily continue the statistically-hot quarterback play for the rest of 2018. If you can find an owner who doesn’t believe and is trying to get anything of value, then you’ll want to be the guy to snipe Winston. Even if you have to pay top-15 prices, he’s an easy trade target in my book. Once he returns from his bye in Week 6, you’ll have missed the rapidly-closing window.

I’ll admit: I have never been a Mariota truther. Since he and Winston were drafted in the same class, I have been a Winston advocate and someone who fades Mariota. That being said, his horrific start this year has given savvy owners an opportunity to buy-low on a player who could have a surprisingly decent second half of 2018. We have seen him produce upper-level fantasy games before, though mostly early in his career. Yet, even with the loss of Delanie Walker and now Rishard Matthews, he still has some young talent (including Taywan Taylor and Tajae Sharpe) around him. If he gels with the still-new offensive scheme and if Corey Davis continues his ascension as an top-tier wide receiver, then the pieces are in play for Mariota to have a strong second half. And he might cost you little — perhaps even just a free agent claim!

Wait, wait, wait, Moishe: Didn’t you just write last week that Prescott is a sell-low?? Now, you’re back-tracking already? Well, yes… and. I still believe that Prescott is a player unlikely to reach his potential in 2018 (i.e., a sell-low). But, this past week showed that he — and the Cowboys offense — can still be usable. With unproven and young pass-catchers, the Cowboys could continue to struggle all year. Less likely, the young wide receivers (i.e., Michael Gallup) and tight ends (i.e., Geoff Swaim) can grow into their roles. There’s an outside chance that Prescott finishes as a top-15 QB in the second half of 2018. If someone is willing to pay top-15 or maybe even top-20 prices for Prescott, then I’d still sell. But, if he’s on the waiver wire or if you can get him as a throw-in in a trade, then I’d recommend that gamble.

Quite simply, Case Keenum looks terrible, and the Broncos season could soon be lost. Chad Kelly, the final pick in the 2017 draft, looked surprisingly capable in the pre-season this year. His draft fall was due primarily to off-the-field concerns and a pre-draft wrist injury rather than a lack of talent. After missing 2017 due to wrist surgery, he has resurfaced as a quarterback to watch in Denver. Kelly could become relevant at the end of 2018, and he’s a free stash right now.