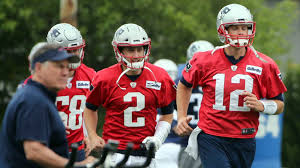 You can approach the quarterback position in Superflex and 2QB leagues the same way: Draft a QB1, a QB2, a QB3, and a late-round veteran or back-up for your bench. You’ll have productivity everywhere, a fill-in if necessary, and plenty of capital to spend on other premium players.

Let’s continue with the SWOT analysis for our Balanced Approach to QB roster construction possibilities.

The Balanced Approach can be key in creating a well-rounded team that is competitive at every position. While other teams spend their capital — and time! — trying to get the slightest QB edge, you’ll be able to pick up extra scoring at every other position. Just hope that your guys stay healthy and meet expectations!

Targets: Not any specific player(s). Take one player in each QB tier — either  a stud that you like or a value player that you’re high on.

Next week: The Hoarding Approach