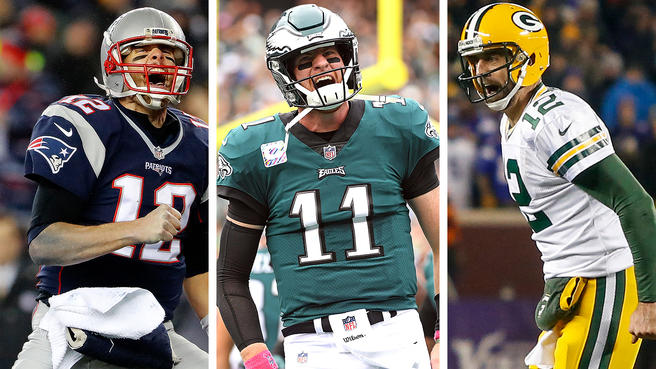 Note: This is the second in a series of six articles on how to approach the quarterback position in a 2QB or Superflex league. The overall strategy article appears here.

This approach to roster construction in 2QB and Superflex leagues is simple, powerful, and difficult to execute: Get multiple stud QBs. Having two (or three) elite QBs gives you the biggest advantages at the highest-scoring position.

Let’s use a SWOT analysis to appreciate the upside and challenges of this approach.

The multiple stud QBs approach can be unbeatable over the short-term and the long-term — if you are able somehow to round out your roster. It also has a built-in floor each season and provides you the luxury of letting a young team develop and grow. Still, you might find yourself limited in terms of your roster flexibility and trading. If you want to have the best chance to dominate and can accept some risk at struggling positions elsewhere, then the multiple stud QBs approach is perfect for you!

Next week: The Value QB approach