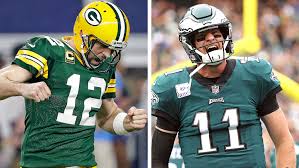 ADP (average draft position) is an incredibly valuable tool. It helps us identify what the consensus is about the relative value of a player. The higher the ADP, the earlier you would need to draft him. What ADP does not tell us, however, is whether or not that player is likely to be good. Measuring where group-think puts a player is not the same as identifying talent and predicting success — or failure.

Indeed, ADP is far more a reflection about the perception of a player than a predictive model for his statistics. That disconnect offers astute fantasy owners the opportunity to capitalize on an often illusional market-based perception. With that in mind, I have here my first Draft or Dodge list of 2019. Note that this not a typical love/hate column. This isn’t suggesting players that I think that will out-perform or under-perform their draft position. Rather, this is a list of players whom I think that you should target at their ADP or pass — in some cases, passing despite what I think will be a productive year! This list also demonstrates how 2019 is the year to seek value at the quarterback position rather than to reach for the studs.

Here are seven QBs listed in ADP order. Also, note that this list is exclusively for a 2QB or SF league — that matters!

(ADP 3) Aaron Rodgers — DODGE. I think that Aaron Rodgers could bounce back and have a monster year. His passing yardage has never tended to be elite, and I don’t foresee any uptick in his that area. But, a bounce-back to averaging two touchdown passes per game is realistic, and he still adds valuable fantasy points on the ground. He’s in the top tier of quarterbacks. Still, there are two notes of caution. First, he’s running a new offense under a first-time head coach. Perhaps the system doesn’t end up working, or perhaps it takes Rodgers half a season to fully own it. That’s a gamble. Second, while Rodgers will likely finish in the top tier, his ceiling in 2019 is far lower than it has been in the past. He used one of the only — if not the only — QB with a reasonable shot at 40+ passing touchdowns in a season. Not only is that upside gone, but other players (see the next entry, for example) whose ADP is near or lower than his do have that higher ceiling.

(ADP 8) Carson Wentz — DRAFT. Carson Wentz never looked fully comfortable last year, and it showed in his play. Still, he finished as a top-15 QB in 2019 on a points-per-game basis. Back in 2018, however, Wentz was the well-deserved presumptive NFL MVP until he tore up his knee. Had he carried forward his 2018 per-game numbers to 2019, he would have finished ahead of Andrew Luck, Matt Ryan, Deshawn Watson, and the aforementioned Aaron Rodgers. He would have only trailed a transcendent Patrick Mahomes, a resurgent Ben Roethlisberger, and an unlikely Ryan Fitzpatrick on a per-game basis. Looking ahead to 2019, he is fully healed, he is still operating under a brilliant offensive-minded head coach, and his weapons have markedly improved. He has the proverbial low floor and high ceiling, far justifying his ADP.

(ADP 12) Kyler Murray — DODGE. I get it: He’s the shiny new toy. And so his coach. And he has a skill set never before seen in the NFL. But, you tell me what’s more realistic: that the new coach and the new QB and then”never-before-seen” skill set all align in his rookie season playing with a shoddy team and sieve of an offensive line, or that the NFL is simply much harder than that? I get the sexy appeal in drafting Murray; if he somehow does hit, then you can boast about your genius for a decade. But far too many things have to go right for him to even come close to justifying his ADP. And that’s all only if you do truly believe that Murray brings something to the NFL that no quarterback ever has before. In my book, Murray’s ADP is about 10 spots too high.

(ADP 14) Lamar Jackson — DODGE. As soon as the end of 2019, we might be anointing Lamar Jackson as the best running quarterback of all time. In fact, waiting another six months might be six months too late. And running production is a gold mine for QBs in fantasy football. He will have some monster games that will win you a week. The problem is that, while fantasy football only counts yards, TDs, and maybe INTs and fumbles, NFL teams ultimately need their quarterbacks to pass the ball and pass the ball well. We all knew that he was a work-in-progress as a passer entering as a rookie, but he hasn’t shown the necessary development early on in his second year to suggest that he has grown enough to make him a viable NFL passing quarterback. It’s hard both to stay healthy and be productive for an entire NFL season using only your legs. At his ADP, Jackson is an unnecessary gamble here. Exception: best-ball league.

(ADP 19) Kirk Cousins — DRAFT. Minnesota will be primarily a running team. No doubt about that. But we’re looking at a quarterback who threw for just shy of 4,300 yards and for 30 TDs in his inaugural season with the Minnesota Vikings. Even were he to drop by 20% in both categories, he’d be a value at an ADP of 19. Indeed, he has played in all 16 games in each of the past four seasons, and has not had fewer than 4,166 passing yards or 25 passing TDs in any of them. That’s his floor — and it’s far more likely that he exceeds it by quite a bit than misses it entirely. Add in that he has two game-changing wide receivers, a reliable tight end, and a dynamic running back on his side of the ball, and Cousins is a near must-draft at his ADP.

(ADP 20) Josh Allen — DRAFT. Josh Allen’s arm is undeniably superior to Lamar Jackson’s. His accuracy, however, is atrocious. Nonetheless, his write-up will read eerily similar to Jackson’s: a difference-maker running the football who doesn’t seem to be good enough passing the football to confidently rely on him having a full or successful season by NFL standards. The difference? At an ADP of 20, all the red flags are baked in. Rushing quarterbacks — like Allen and like Jackson — have top-10 upside. Acquiring a player with that opportunity 20 quarterbacks in is a steal: you’re buying him at his floor rather than paying for his ceiling.

(ADP 36) Ryan Tannehill — DRAFT. Quite simply, Marcus Mariota has proven to be sub-par as an NFL quarterback. Ryan Tannehill will get his chance — possibly early in the season. I don’t think that a jump to a top-10 finish on a per-game basis has any chance of happening, but being a serviceable starter or bye-week fill-in is quite reasonable. Considering his ADP — often going undrafted in many leagues — he’s a free player whose return-on-investment could be massive.

Where do you think that I hit the mark or missed the mark? Any other quarterbacks that you think should be listed as a DRAFT or DODGE?