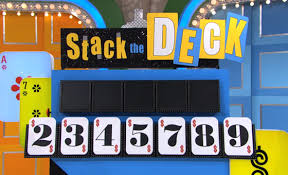 Question: I’m looking like the second best team in my league and the best team is stacked. Would you push back your championship run to next year or just see what happens?

Answer: In a word, no (I would not push back your championship run).

Instead, I’d advocate for buying to try to up your odds this year. Worst case, if your team really is strong enough to make the championship game, you’ll have many pieces to sell if need be in the off-season. Good luck this year!

Question: In a Superflex league, I can trade Daniel Jones and other pieces to get Edwards-Helaire. But that only leaves me with Murray, Mayfield, and Tua at QB. Is having only three QBs risky?

Yes, going down to three can be risky. But it depends on your three. In your case, having Murray, Mayfield, and Tua seems overly nerve-wracking. I’m confident in Murray, but Mayfield worries me, and we have never seen Tua play. So losing Jones would create a huge gap. Indeed, I have only Wilson, Rodgers, and Wentz in one 2QB dynasty team (and Love), and that makes me a little nervous. At least I’m confident in each of the three of them.

And that is the crux of SF / 2QB leagues: stack the most important position so that you always have two strong starters or be willing to roll with just two starting QBs and hope that they both stay productive and healthy?

Both approaches can work, but I strongly prefer the extra QB. If a QB goes down and you’re empty behind him, then you have an almost irreplaceable drop-off. But many more options exist to replace meaningful points at other positions.

All that being said, if Daniel Jones is the centerpiece of a trade for CEH, then I’d make that deal. The value — and production of CEH — look too strong to pass up.