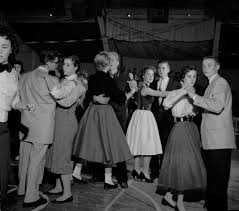 With the ff playoffs upon us, the annual debate of the fairness of byes has played out in a number of my league; in fact, one of them did away with byes this year because they felt it gave too much of an advantage to the teams on bye. Tonight, I came across a tweet of an original playoff proposition, and I’d love to get your take on this.

If you have a bye, you can opt to play in a 3-way matchup with the 2 teams whose winner you’d play in round 2 of the playoffs

Original, huh? What’s your take on this? I find it intriguing. (Aaron, Toronto)

Original? Yes. Intriguing? Definitely. But, not for me.

First of all, I think that a bye is entirely fair. You’re the top seed or one of the top two seeds — there should be an absolute benefit. You’ve earned that right.

Second, this proposal actually gives MORE of a benefit to the top team. It can EITHER choose to keep the bye OR choose to play in first the week and potentially earn a bye the next week. Worst case, all you have to do is not finish third of three in order to advance. It both stacks the deck for you in the first week and gives you a potential MASSIVE advantage in the second week with the deferred bye. You could, should, and would examine match-ups for a long time to determine your best course.

If the real concern is that byes give too much of advantage — again, which I don’t think they do — then this is a backwards step.

If you want to do away with byes, then you could move to a more simple format of the top-scoring teams in the first week advance. You could also consider giving a small points lead to the top team(s) if you still wanted to offer some reward for finishing higher in the standings.

Question 2) I’m in the playoffs! What do you do for setting lineups in the playoffs? Do you dance with the guys that brung you or play matchups? (PBJ)

First of all, congrats on making the playoffs. Second, are your initials really PBJ? I love it!

This is an essential question, and one that I think causes far too many unnecessary losses in the playoffs. The idea that you must “start your studs” or “dance with the guys that brung ya” makes no sense. You play the players that give you the best chance to win.

As an example, I have been starting Robby Anderson in multiple leagues the past few weeks over guys ranked much higher; even over a “stud” or two or a guy that “brung” me here. I simply thought that he was a better play. Despite his recent success, I sat him this week in every league — despite him playing like a stud recently. I believe in better (though lower-ranked) options. Similarly, I sat Russell Wilson — definitely a stud who helped me into the playoffs! — in one league for a lesser QB, as I’m doing with Aaron Rodgers in another league this week. In yet another league, I fell into this trap, starting Ty Lockett — and collecting his zero-point day — in favor of a lesser-ranked but better play. It not only cost me the game, but also might have cost me the championship given my team (heck, I’m not playing in the Toilet Bowl finale!). Bottom line: You play the player whom you think will score the most points.

At the other end of the spectrum, owners in the playoffs often spend extraordinary amounts of time analyzing match-ups, tendencies, profiles, defenses, etc. They scour the dark web for hidden tidbits and read every local fan blog possible to try to gain an edge. How will that help you? In addition to wasting time and driving yourself crazy, you’ll over-analyze to the point that you’re no longer making purposeful and thoughtful decisions. You’ll out-think yourself.

Here’s the bottom line: YOU MADE THE PLAYOFFS! While there is always some element of luck involved, you had to do quite a lot right to get there. You’ve made good decisions throughout the year, and you have put yourself in a position to win. Don’t change the process now. It’s fear of losing and nerves that are getting you out of your highly-successful pattern. Just do what you’ve always done this season — applying any lessons that you’ve learned along the way, of course — and stay the course.