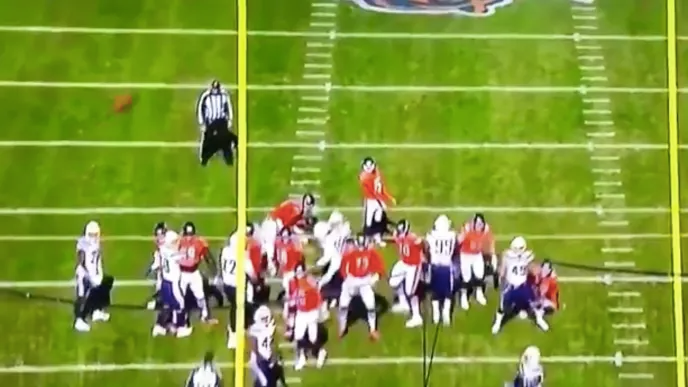 On Fantasy Football Forever’s Facebook page (please like and follow it for up-to-date postings!), longtime friend and fantasy football leaguemate Steve Rognsvoog asked me about trade deadline strategy for his 2-6 team. So, Steve, this is for you!

First, if we’re lucky enough to be in a league together, then get on the phone with me to talk trade :).

Next, as Fantasy Index podcast host Justin Eleff explained astutely when I was the guest co-host earlier this week, the first step is to assess your team. Are you below .500 with the second-most points scored having faced the highest-scoring team in five out the eight weeks? Are you below .500 due to injuries to your best players? Are you below .500 with a team that you always expected would be far better in the second half? If any of those are the case, then you don’t have to panic yet (presuming that your trade deadline is more than one week away). Yes, you need to go on a winning streak, but your team is in position to do so. If you have a clear path — even if it’s unlikely — to making the playoffs and making a run in them, then I wouldn’t consider selling until that path is blocked. I once had a 2-6 team that I remade over a couple of days that then ran the table to a championship.

Of course, you can also still trade! You can trade away a stud if the pieces that you get in return are essential to filling out your roster. Or you can even bundle up lesser pieces on your bench to try to pry away a stud from someone else. Obviously, you’d expose yourself to injury, but you’re already in a desperate situation. Bottom line, if the opportunity to make the playoffs is still there, then there’s no reason to bail… yet.

On the other hand, maybe you’re below .500 because you simply drafted poorly. Or maybe your injured players are unlikely to return soon. Maybe it’s just not your year. Or maybe your best-case scenario is a desperate run to the playoffs where you are almost guaranteed to lose in the first round. Or maybe you have Eddie Pineiro as your real-life kicker. If any of those are the case, then you’re in desperation mode. You’re not going to win with your current lineup — you have proven that after the first eight weeks — so find a new one. Trade reliable assets for home-run players. Pick up second-half break-out candidates. Roster a team of players who are boom-or-bust. Most importantly, stay active throughout the season. Continue to set your lineup as best as possible every week, and continue to make moves on the waiver wire. Not only do other teams expect you to field a competitive lineup, but ruining another owner’s playoff hopes can be very rewarding.

There is another essential factor to consider: are you in a re-draft league, a keeper league, or a dynasty league? If you are in a re-draft league, then it’s all-in for this season no matter what. A player’s age, injury history, or free agent status is irrelevant. You’re looking for miracles over the next few weeks.

If you are in a keeper league, where you can keep a limited number of players from year to year, then you can consider trading away valuable 2019 players to improve your keeper options for 2020. Injured starters (Newton, Roethlisberger) or under-performing veterans with upside (Gordon, Mixon) could be prime acquisition targets from owners looking to win now. In addition, if your league has other tradeable commodities (like in a salary cap league or a league like the one that Steve and I are in where free agent auction dollars can be held for the following year), then you could seek to accumulate those.

Finally, if you are in a dynasty league, where can keep all your players every year, then you can start to build for the future. You can explore trading your productive players in 2019 for a haul of prospects or picks, and you can safely trade for whatever you can get (or even release) players who are reliable producers but who have a limited ceiling — start acquiring upside picks or prospects in their place.

In the end, if you have a team that has a clear (even though unlikely) path to making a run in the playoffs, then I would take that chance. If you’re best-case scenario, though, is an improbable run to losing in the first week of the playoffs, then you’re going to go for home-run options now while seeking to play spoiler in a redraft league, or you’re going to set yourself up as best as possible for 2020 and beyond.

If you have specific questions about deadline trade opportunities, then you can submit a mailbag question here or reply with a comment below. While the mailbag is published weekly, I will reply to you privately as soon as possible.

Thank you for the article suggestion, Steve!