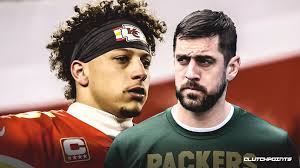 Entering the 2019 fantasy football season, burning questions at the quarterback position would determine the fortunes of many a fantasy football team. Now, with one-third of the season completed, we are beginning to have clear answers.

The short answer is clearly, “no”. But that’s not the real answer to the real question. What we all truly wondered was whether or not Mahomes would continue to be a difference-maker, worthy of both being the first quarterback selected and also of his high draft status.

It’s true that other QBs have drawn closer to Mahomes, but that shouldn’t be a surprise. No one realistically expected 5,000 yards and 50 touchdowns again. And we all could have predicted that someone, even if we couldn’t identify who, would explode, bridging the gap. But, through six weeks, I doubt that anyone who has Mahomes on their roster would be dissatisfied, and it’s likely that only a select few would trade him straight-up for any other QB, both in redraft and dynasty.

Mahomes easily remains the #1 QB, and that he has produced as exceptionally as he has to date almost entirely without Tyreek Hill or any supporting running game is remarkable. He has met if not exceeded any reasonable expectations. Continue to hold or even to buy.

Would Jameis Winston improve if not under Bruce Arians or continue to disappoint?

If it weren’t entirely a cop-out to answer “both”, then I would. Winston has put up some great fantasy football numbers in some of his games in 2019, looking like the high-scoring QB that both he and Fitzpatrick were in 2018.  At other times — or even sometimes in the same game! — he also looks like the quarterback that got benched multiple times last season.

It sure doesn’t seem like Arians will be able to turn Winston around. As a fantasy football player, Winston is among the most volatile week-to-week even though his end-of-season stats (projected over 16 games) will likely place him higher than his draft slot.

That being said, it’s simply hard to trust Winston every week. He’s a viable starter if you’re looking for upside potential at the QB spot and are able to absorb the inevitable dud games, but he won’t be the consistent force that many had hoped for when Arians was hired.

Absolutely. As you know, I was higher on Brissett than most. Indeed, he has kept Mack and Hilton as weekly starters with RB1 and WR1 positional weekly upside, respectively. The only real loss in value comes at TE, where Ebron has not kept up his touchdown pace from 2018 — which isn’t entirely shocking — and where neither he nor Doyle are receiving the huge target share or production that they did when Andrew Luck was throwing for more yards than Brissett.

Brissett himself has impressed, and he has sustained the value of both Mack and Hilton. There is no reason to suspect that those won’t both continue to be the case moving forward.

Will Aaron Rodgers be back to his old dominating self under Matt LaFleur and out of Mike McCarthy’s system, or is he simply now a lesser quarterback?

Unfortunately, this question is still unanswered. Rodgers is playing quarterback at a very high NFL level over the past few games. He is playing within LaFleur’s system, taking check-downs when needed instead of suffering a sack or throwing it out of bounds trying to find the big play. And he has connected on vintage Rodgers throws when needed.

The optimist will argue that as his time in LaFleur’s system grows so will his statistical success. And the impending return of Davante Adams will shore up a pass-catching corps that has gotten valuable reps while he has been injured. Rodgers simply looks better every week. The pessimist would retort that LaFleur’s game-plans are defense- and run-game-driven, and that Rodgers will rely on his uncanny elusiveness and precision throwing only when necessary rather than as a first option. And that Adams’ injury only exposed a relatively weak group of pass-catchers.

This question is likely to remain unanswered definitively until close to the fantasy football playoffs. That affords you a unique buying or selling window if you and other league owners differ about which outcome is more likely. Personally, I’m far more inclined to hold or buy than I am to sell. With Rodgers seemingly buying in fully to LaFleur’s system, I’d predict that a measurable uptick in production is far more likely than lesser performances.

Can the young but productive running quarterbacks (e.g., Lamar Jackson, Josh Allen) from 2018 and rookie Kyler Murray pass enough to make them reliable QBs in 2019?

Yes. Yes they can. I have been particularly impressed with Jackson and Allen, far more than I anticipated in the off-season. Their marked growth this past year also gives me optimism that their early-season success is for real. I’m now on board. Murray remains an unknown, but the impressive starts by Jackson and Allen offer hope for his continued growth, particularly in dynasty leagues.
Do you have any other burning questions or different answers? Then ask or comment below!