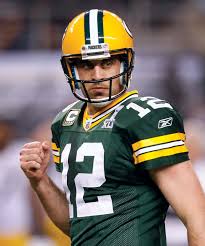 The one issue that I have with Rodgers — and that I have had with him throughout his career — is that he is not the kind of quarterback who elevates mediocre wide receivers and pass-catchers around him. When the Packers were going five wide with five top-end WRs in the early 2010s and when they had Jordy Nelson and Randall Cobb at the top of their game, then Rodgers dissected a defense like no one else and put up historical numbers every single year. But, when his receiving corps is underwhelming, Rodgers has struggled to put up average numbers, let alone QB1 numbers.

In contrast (and without opening up the Favre-Rodgers debate again), Brett Favre won an MVP one year when his top pass-catchers were out injured the majority of the season. That, I believe, is one of the most unheralded part of Favre’s game: he’s the QB that elevates games, that players ball out for.

But that’s not Rodgers. Rodgers throws the ball to guys he trusts. Only. He doesn’t always go for the open receiver and give him the opportunity to make a play and elevate his game.

Bottom line: Put top-end talent around Rodgers, and I think that he’s top of the QB list — both in the NFL and in fantasy football. Put some talent around him, and he’s a Pro Bowl player and a QB1. Leave him without talent, and I worry. A lot. And that’s my big concern moving forward, especially if Davante Adams does miss a few weeks with his turf toe injury.

Question 2: Hey, Moishe. I know that you’re a big Packers fan. So I was wondering what you think. Do you think that Aaron Rodgers is still an elite quarterback? (Paul)

Yes. In fact, I think we take Aaron Rodgers’ greatness for granted.

Go back and watch him play yesterday. How many quarterbacks — past or present — can consistently make all the plays that he did? Very, very, very few. For Rodgers’ critics, being great isn’t good enough. It’s all-world or nothing.

Yes, Aaron Rodgers is still an elite quarterback. Now, is he playing like one consistently over the past couple of years? Much different question…

Question 3: I have Dissly as my TE and want a back-up. Should I pick up Herndon or Hunter Henry? (DBD)

I think that Herndon has the ability to put up top-10 numbers. And I think that Sam Darnold is a developing quarterback. Neither, however, will be back before week 6, and it could take some time for them to get back on the same page. That being said, I consider Herndon an intriguing upside stash.

Hunter Henry will likely be out for longer. Like Herndon, he has top-10 upside. Henry’s floor, however, is much higher, as is his realistic ceiling. He has produced before, and he has a proven quarterback in a proven system.

If you’re nervous about riding Dissly for another 4-8 weeks while Henry recovers and then perhaps takes a couple of weeks to get into game shape, then pick up Herndon. If you’re willing to wait out for Henry, though, then he’s my preferred play for the last few games of the 2019 season.