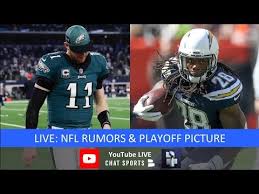 By nature, humans have biases. Our logical brains are often ruled by our sentiment or emotions.

I suspected that might be the case when it comes to evaluating quarterbacks and running backs in dynasty leagues in fantasy football. Our rational brains tell us one thing clearly: of all the skill positions (quarterbacks, running backs, wide receivers, and tight ends), the career of the QB is almost assuredly going to be the longest. This is more true now than ever before, proven by players like Brady, Brees, and Roethlisberger who are highly productive at ages where quarterbacks had been long retired.

In addition, we are seeing young quarterbacks find success earlier in their careers than before. The days of drafting a quarterback and letting him develop behind an entrenched starter, as did Aaron Rodgers behind Brett Favre, for instance, are history. With young, cheap, and successful quarterback play seemingly the foundation of a competitive team, quarterbacks are seeing the field often from the first game of their rookie season.

Putting those together — young QBs getting on the field early and many QBs having longer careers — and it is no shock that the projected career longevity of a quarterback is unparalleled to any other NFL skill position.

When playing in a Superflex or 2QB league, positional scarcity combined with reliable quarterback play is why QBs are essential and indispensable. The results of the poll that I posted recently are simultaneously not surprising to me but also confounding.

Here are the results from the 36 responses:

This would suggest that a 30-year-old quarterback is a better bet to help your team in the short- and long-term than a 24-year old running back. That’s the data.

The competing reality, however, is that only two (!!) quarterbacks are going in the top-10 in recent Superflex start-ups compared to five (!!) running backs! In fact, it’s not until pick 27 that you get even the sixth QB selected — after twice as many RBs have gone!

Why are 30-ish year-old QBs going so much later than 24-year old RBs when positional scarcity demands that they are more valuable and when their projected careers are likely to be longer? Even more pointedly, why are quarterbacks like Deshaun Watson, Baker Mayfield, and Carson Wentz going AFTER running backs of similar ages?

Given the findings of my recent poll, it doesn’t add up. Thankfully, I have two sources that help make sense of this puzzle — Thunder and Grab Bag. Stay tuned…!

In the meantime, please share below: Why do you believe that RBs are being drafted so much higher than QBs despite the projected longer productivity of the QBs?