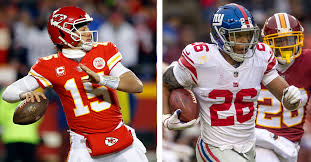 The resurgence of the elite, workhorse running backs in fantasy football has led to a substantial change in how fantasy football players are drafting in dynasty leagues in 2QB and Superflex leagues.

It used to be that QBs ruled, plain and simple. Now, I’m often seeing RBs valued higher than similarly-ranked quarterbacks. Over the next few articles, I’ll examine this phenomenon, try to understand the trend, evaluate real trades that have happened, and seek to identify whether this is blip or the new reality. All of this will be essential in helping to figure how best to exploit the market.

As part of my research, I’d like you to consider two hypothetical players, one an elite QB and one an elite RB.

The QB has been in the league for, say, 7 years and just turned 30. He has three top-5 finishes and has never in his career finished lower than 15 in any of his seasons. In addition, he has started every game of his career.

The RB has been in the league for, say, 4 years and has just turned 24. He has two top-5 finishes and has never in his career finished lower than 15 in any of his seasons. In addition, he has missed only 6 games in his career.

Both are elite players. Neither have any health concerns, and neither has any off-field issues.

Here is the poll question: Who do you think will more likely continue to be starter-worthy in three years and in five years?