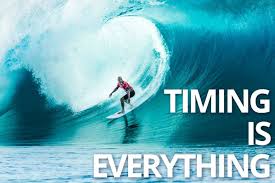 They say that timing is everything. Indeed, advisers to entrepreneurs will often suggest that having pinpoint timing can often cover up for a lot of other mistakes.

If we apply that advice to superflex and 2QB leagues, then the essential question becomes: When should you acquire quarterbacks (excluding drafts)? There are three likely scenarios for when you would acquire a quarterback, and each a unique upside and downside: (1) When they’re cheap; (2) When they’re proven; (3) When they’re needed; or (4) When they’re undervalued.

Let’s take a look at each.

There are always QBs available that others don’t want. Maybe they’re older or recently unproductive. Maybe they just sustained a season-ending injury. Or maybe they’re a back-up. In any case, these quarterbacks do not inspire much confidence, and their acquisition cost reflects their undesirability.

Let’s think of just a couple of examples from recent years. Ben Roethlisberger could have been had for cheap last year after initial retirement talk. Those willing to wait on Ryan Tannehill could have acquired him at a discount just one year ago after his injury. Case Keenum was an afterthought. These were all players with measurable upside who could have been had at a remarkable discount. Buying players who are cheap at the right time could reap extraordinary rewards.

Downside: Potential roster-clogger since no one else might want them

Sometimes you want that established player with consistent production and a predictable forecast for his future. If you’re going to spend capital acquiring a player, then you want to be confident in what you receive. No gambles, no wasted roster spots, no bad investments.

These QBs could be elite (think Rodgers or Wilson), middle-of-the-road (think Stafford), or even lesser players (think Eli Manning). No matter how good or bad they are as fantasy football quarterbacks, they’re consistent: When you buy them, you know what you’re getting.

Upside: Insuring value out of your trade resources

Downside: Buying them priced for success — no discounts can be had here

Sometimes, the unexpected happens. Maybe two of your quarterbacks get injured within a short time frame of each other. Maybe the team falls apart or other players get injured or suspended (look at the effect of Ezekiel Elliott’s suspension on Dak Prescott and the whole Dallas team!). Or maybe you got burned gambling that your two stud QBs would be both healthy and productive all year long.

In any case, you can sometimes face the reality that you are desperate for a quarterback either to keep your season alive or perhaps to push you over the top to become the favorite for the ‘ship this year. There are times when you just need to break the bank even if the value isn’t there.

Upside: Not spending resources on quarterbacks when you don’t need them

Downside: Being forced to overpay when you do need them

You wake up one morning to see that a leaguemate has updated his or her trade list. To your surprise, you see one of your favorite quarterbacks on the list. You send out an email only to discover that your opponent doesn’t view that QB too highly.

Or maybe you’re looking at ADP (average draft position) data or rest-of-the-season rankings and you see a quarterback ranked faaaar lower than you believe that he’s worth.

No matter the situation, when you find an undervalued quarterback — regardless of whether he is considered elite, average, or a roster-clogger — you buy him. You’ll reap the rewards when your league finally comes to recognize and appreciate his worth, either by trading him for a nice profit or keeping him in your lineup while racking up the wins.

Downside: Buying an asset who will always be undervalued or might even be depreciating

Sometimes circumstances dictate when you need to purchase a quarterback. If you can seek out the opportunity, however — if you can find the ideal timing — then you’ll always have a huge advantage over your leaguemates. Best of all, buying QBs at the right time can cover up for a lot of other mistakes.

When do you look to buy a quarterback? What have you found that works well in getting your guy?