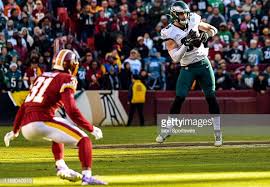 Question: I’d like to indicate my interest in your thoughts on this year’s “tier-jumpers”. (Mike)

Answer: When thinking about this question, I first look for ADP (average draft position) and compare that with players whom I think are being drafted far too late. I turned to https://fantasyfootballcalculator.com/adp/ppr, which, at time of this post, has ADP for 2,399 drafts between September 2nd and September 4th.

For tier-jumpers, I then scroll from the bottom up by position.

QB: Jimmy Garoppolo, #23. With Kyle Shanahan calling the plays for the 49ers, Garoppolo finished last year as a top-12 QB in many scoring systems. That Deebo Samuel might miss some time is concerning, but Garoppolo’s per-game numbers once he returns could easily place him as a top-16 quarterback. If you are waiting until the last round of a one-QB league to draft a backup or are looking for a cheap quarterback in a Superflex or 2QB league, then Garoppolo is your guy.

For running backs, I shy away from backups who could be league-winners if the starter gets hurt when identifying tier-jumpers. For a tier-jumper, I am looking at players who could far outproduce their draft slot given the circumstance that they are in rather than the circumstance in which they might find themselves. Unfortunately for me, my number one tier-jumper across all positions since the NFL draft, Zack Moss, is no longer a sleeper; his ADP over the past two days is RB34.

So I’m going to look a few spots higher to RB 28, David Montgomery. If he were healthy entering the season, then he’d likely be a top-16 RB. He is a lock for a prorated 250-carry season and all the goal-line work. Though Chicago’s defense has slipped, it is still viable enough to hold the team out of many blowouts. Montgomery’s rookie season was inconsistent. On some plays, he demonstrated rare shiftiness. On others, he looked one gear slower than everyone else on the field. But he focused on his health and food intake on the off-season, slimmed down, and seems ready to play at the speed with which he played in college. His pre-season injury has dropped him from a top-16 RB to RB28, and I am buying everywhere I can for that kind of production even if he misses one or two games.

Wide receiver is stacked with players this year being drafted late or not at all who have PPR value. Their floors are shockingly high relative to their ADP, but it’s unlikely that they will realize a ceiling necessary to make them big tier-jumpers. There are two WRs being drafted in the 30s, however, that I think have an opportunity to jump tiers.

First, at WR36, is the aforementioned Deebo Samuel. Had he not been injured, he would likely be drafted as a top-20 WR. His injury should be short, and he might even be ready for week 1.

At WR34, we find what seems like an obvious possible tier-jumper to me: Brandin Cooks. People are worried about concussions, but that fear has been so far baked into his price that we seem to be forgetting that he had four consecutive 1,000-yard seasons before last year. He is 26, entering his prime, and is playing with an elite quarterback. Another 1,000-yard and top-15 WR finish is realistic.

I’ll add one more wide receiver: Calvin Ridley, WR15. It’s hard to jump tiers when you are already ranked that high, but I think that a top-10 finish is a strong possibility.

TE: Dallas Goedert, TE20+. On this ADP site, Goedert is not even one of the top-20 TEs by ADP. THIS IS CRIMINAL! He was a top-10 TE last year, Philadelphia has minimal weapons outside of him and Ertz, and Ertz is prone to missing a couple of games every season. Indeed, Goedert was the ninth-most targeted tight end in 2019, and his target pace after Philly’s week 10 bye would have made him the third-most targeted tight end all season, behind only Travis Kelce at number 2 and teammate Zach Ertz at number 1. Yes, the Eagles can support two top-10 TEs, and Goedert is a top-3 play in any week in which Ertz is absent.