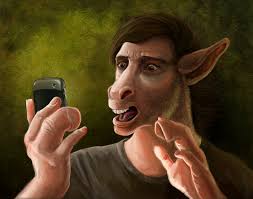 “Every year someone comes out of this looking like a donkey,… [and] I’ve got a feeling that could be you.”

In the movie Draft Day, these are the persuasive words that wheeling-and-dealing General Manager Sonny Weaver, Jr. says to panicking rookie GM Jeff Carson. Playing on Jeff’s fear of looking foolish, Sonny cajoles him into a desperate trade.

Every year in my own fantasy leagues, fear is evident in every owner at least one. A clock ticking down to ten seconds or an unexpectedly high bid on your favorite breakout player throw you off your plan. And you panic, your season collapsing in your mind before it has started and your fear of looking like a donkey dominating your consciousness.

So you make the play that looks good to others, the consensus choice. One that is neither optimal nor bold, but at least it won’t be ridiculed. So you think.

Like a self-fulfilling prophecy, trying to avoid looking like a donkey simply makes you more apt to be one.

So what’s the solution? How do you navigate inevitable fear during crunch time? I give you two simple-to-understand-but-hard-to-do recommendations. The first is obvious, and the second is counter-intuitive.

First, prepare. For your draft, your auction, counter-offers in trading. Just prepare. Mock draft, read up on players, get your draft list ready, prepare your auction values, find your sleepers, and run through as many scenarios as you can. No, your draft or auction will almost certainly NOT go according to any plan nor mock draft, but at least you’ll be ready to pivot as necessary understanding the impact of your moves. You might be surprised with how the draft or auction evolves, but you won’t be shaken.

Second, be bold. Normally, when fear of failure permeates, we tend to retreat. I’d rather not try, fail, and look stupid than give it a shot. Fear drives us backward when it should impel us forward. So be bold! Trust your preparation, and see your draft or auction through. Don’t worry about being mocked or having a winless season. Make your play, accept it, and embrace the moment.

You’ll hear more about it soon (keep an eye out for a big announcement!), but this was evident for me last night in a twelve-team draft where WRs were simply never the best value on my board when I picked. So I didn’t take any as they kept disappearing in the middle rounds. None. I’m sure it looking mighty donkey-like not to take a first WR until round eight — pick 94 overall!! — despite having taking a third QB and a third RB (in an SF, start-two RB, no other flex league). But rather than force a pick to avoid looking foolish, I stuck to my board. I have no idea if this will be a winning or poorly-developed or executed strategy, but it’s mine. I own it, and I love it. So be bold!

There’s a donkey in every draft, someone so scared in-the-moment of looking foolish that they do everything possible to avoid that scenario. So prepare as best as possible, and be bold. At worst, you’ll appear crazy and, at best, an iconoclastic genius. Either way, you’re putting your authentic self forward and loving the day!